the worst actor ever, nothing in his show was real, he is just a bad example for a Muslim

Ramy is kinda of self centered scumbag. The only thing redeemable about him is that he truly is a friend to Steve. When will he learn?

Wasn't fan of season one I likes season two

May calamawy and Rosaline Elbay have to be two of the most prettiest girls ever Period and what's even more awesome is they both are gud actress, especially May. One thing specifically which I love abt the show among many things is the episodes dedicated to supporting characters other than Ramy, although he is the protagonist and everyone else is supporting but in those episodes we get see them as protagonist, their issues, insecurities, struggles, they r not just supporting characters they r people just like real life, heroes of their own stories, individuals. I also relate with Ramy a lot, although the character becomes unlikable towards the end with his self indulgent, selfish, narcissistic behaviour but at the same time he is real, that's how real pepl, they r complicated and one more thing was the episodes directed by Ramy, u cud see a lot restraint there. Overall I like the first season more as it was leaning less towards religious stuff, this season I liked the supporting characters individual episodes more and as usual Mahershala Ali was superb, really looking forward to his Blade and oh yes Ramy's performance was superb too from a likeable goofy confused individual to someone u hate, that's a pretty gud job. Really looking forward to t third season.

SPOILER ALERT : The last season made me want to punch Ramy sooo BAD !!! Like , seriously ??? Such an irresponsible human being , everybody is trying to help him and he just fucks everything up again and again , he hurt both Zainab and Amani , he disappointed his Sheikh , i expect that he hurt his family too !!! If there will be a third season i hope he fixes everything and hurt nobody !!

season 2 is so intense & intriguing

The part at the end is pretty true. I'm buddhist but there is a way to connect with other religious minorities in America. The dominant religious narrative is Christianity but there are all these microcosms of different religions all finding their way as well. It's nice to see them even if it's not just like your own.

The two worst characters in the show!

Anyone tell me about this series please what is it talking about?

@Mazen Al-Laithy Can you send me the link?

@Carlos Cardinas Hey, yeah it's a really great show, it has brilliant, relatable, comedic story telling that makes you sympathize and understand how people from other cultures live, and makes you develop a new perspective toward them that you wouldn't have otherwise. I strongly recommend you watch it, it humanizes its characters and shows you the good and bad examples of Muslims and the reasons for both doing what they do. It also shows the consequences of living a lifestyle that's forbidden in the religion. It's a really good watch as it's very informative, insightful & super funny. Just bear in mind that the antagonist isn't there to set a standard example about Muslims, his story is meant to be about someone who struggles with faith & doesn't do what's right according to religion.

it's just about a hypothetical life of ramy, being muslim american and living that life. I enjoy the show, i think season 1 is better than season 2 though

The casting was amazing

Honestly I felt like the second season just confirmed what a trash human being Ramy (the character) is. I understand that we want to see different views of a culture, but this didn't do it for me. The way he treated Zainab was disgusting

@Emme Dee But I think it's also a wider commentary on the contradictions of being a modern Muslim in society in general. Any individual who hasn't been able to integrate their sexuality into their identity in a healthy, grounded way will find themselves unfaithful to their values- whether it be obsessively watching porn or repeatedly cheating on their fiancee. Life itself is a messy, confusing process full of mistakes and contradictions. Ramy is so focused on being a 'good' Muslim, he's neglected the fundamental part of learning how to live as a human being- and to treat people like so. Too often he neglects his baggage, runs away from responsibility and uses his religion as a crutch. He doesn't pay enough attention to his deepest flaws and anxieties, or as the show puts it, 'the dirt in-between your toes'. And I think that's something people from all around the world can relate to.

I think the worst part about it was that he didn't even realise the gravity of what he did. In his mind he thought he could just pray and forgive it all away while trying to escape from the consequences.

Yeah he’s so annoying because he does so many stupid things and acts like it’s an accident. The most annoying type of people.

This season seemed to confirm a stereotype about Arab/Middle Eastern men being obsesseed with sex while living in a repressive society . I hope there's a plan to fix this. I am just so put off at how Ramy treated Zainab. It was triggering.

I haven't seen season 2 yet. But except for so many conversations about jerking off , the first season was amazing I loved every part of it and each scene.

give us back story of Sheikh Ali !!!

PLEASE, especially all the throwback comments of him being like Ramy when he was young? I want to see hope for growth.

This season stressed me out more than anything

I had to pause the episode so many timessss, I was like “can I even finish this??”

i kinda hate ramy after the last episode. Him trying to excuse what he did was so fucked up

@rajifusama hey, i was wrong, i thought u falsely spelled out the expression "God's Will" but i realised u were just praising the actor mahershala, my bad

This show is amazing. Season 2 was shocking and amazingly so.

This is amazing. Loved this season and always a treat to hear from the creators. Very smart writing 👍🏽 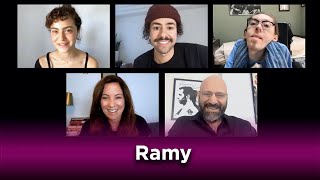 Hulu's Ramy: A Conversation with the Stars at Paley Front Row 2020 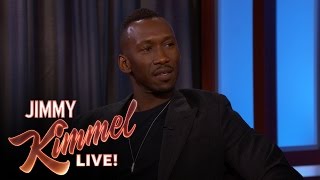 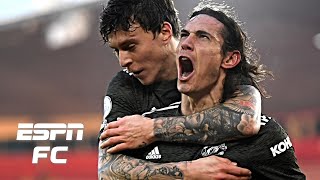 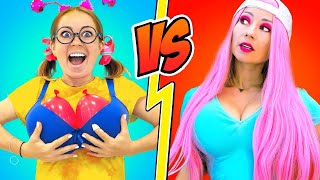 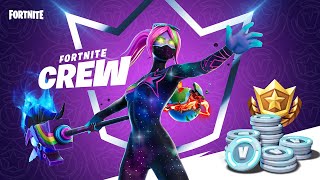 Mo Amer - Enduring a Long Road to U.S. Citizenship in “The Vagabond” | The Daily Show

Time For The Next Chapter.

That's GRAMMY-Nominated BTS to You!