I realised after upload that I slipped up here: if you pay close attention, you can tell the way I pronounce GIF. Ah well! Also, subtitling this was an interesting job...

@Felix Roux this. Unless you say "graphics" with a "j" sound, then the hard G flows through to the acronym.

0:40 pure descriptivism is misguided. It would have more importance in a world where there wasn't widespread access to information, but wide-spread smartphone / internet access makes it trivial to access declarative knowledge. Pure descriptivism can impede the clear transmission of ideas when the ignorant masses redefine existing words - or when the politically motivated do it with nefarious intentions. A benign experience of this is "electrocute". A decade ago I hadn't gotten the memo that despite being a portmanteau of "electricity" and "execute", electrocute now could be used for any shock. Someone explained to me that their neighbor had installed a new electric fence, and it had electrocuted their dog. There was a solid minute of confused conversation as I believed the dog to be dead, whereas they knew that the dog had only received a minor shock. A more troubled example is the different definitions of "racism" that are in use. The tradition definition is "a belief that one race is superior to another". Meanwhile, some are actively lobbying to change the definition so that racism is linguistly impossible against a majority race, and is only possible against a racial minority. Yes, language needs to adapt to new ideas, and there are plenty of examples of this, like "blog" emerging from "web log" and "vlog" emerging from "video blog". But there is merit to being able to tell people that they're using a word incorrectly, or, in the immortal words of Inigo Montoya - "You Keep Using That Word, I Do Not Think It Means What You Think It Means".

Mean while me: Gee aye eff

No problem here in Italy, we say gif like gift, the hard “gi” is only when g is followed by “h”, the other pronunciation sound to us like “ghif”.

Its gif not jif

i have always thought jif was weird. gif, gift, you dont say jift?

I pronounce GIF letter by letter.

How about all the lame people say ggggiff and the cool cats say jifff. It's a more funner word end of story. Funner? Funniest? Mostest? Mostest funner and more betterer. It's called a Gif. You say jjjjjifff you numbskull

I guess the creator of gif is wrong

Every day we stay further away from Jod

am i the only one who pronounce it G-I-F

As someone who speaks a Canadian dialect of English, I have noticed that IPA spellings of words seem to be highly inconsistent with how I pronounce them. For example, I never actually say ə, it’s always ʌ, and for the longest time, I had no idea what the difference was between them.

It's nor jraphics, it's graphics

I pronounce it "gee eye eff" because that's how I read acronyms if I haven't heard them out loud. (also therefore I would be on the j side, right? because "gee"? but actually I side with "ghif" because it's distinctly a g sound and can't be confused with a j)

At this point I don’t even know how I originally pronounced it...

I searched “Is it GIF or GIF?”

I say gif Not jif

IT'S PRONOUNCED SHER-BET NOT SHERBERT

Wait till you hear how the Dutch pronounce it :P

I say g-i-f and everyone says it’s weird

Gary and Gerald fighting for dominance once again

[G]IF, because in my native language "g" has only one pronunciation

I thought It was pronounced fig

I pronounce it as "Jif" even back then…

Right, but its a different word with a different meaning, as tom points out with Gillingham. In english two words can be spelt the same but pronounced differently

Why the hell am I enjoying this,Tom, you sly minx?

We who actually pronounce it by G I F

If the guy who invented it says it's pronounced jif, then it's jif IMO.

The title pisses me off

who tf cares how they're pronounced, as long as people understand what we said it's all good, that's the main reason of communication

I just realized that laser is an acronym

Who tf pronounces GIF, gif? I am from India and all of my friends pronounce jif

"Jif" in my language translates to the slang for sewage.

I think its pronounced "Gif" because it's not peanut butter.

We flew a kite in a public place

the g stands for graphic...?

me who pronounces it jee eye eff

Salute to the people who pronounce it by letter G.I.F

more than likely it will be cif soon

It's jif idc what you say

"It's pronounced like this other word, not 'GIF'" funny...

Me who pronounces gif G-I-F: o.o

But it's an acronym, why would it matter?

I say it as jee ai ef 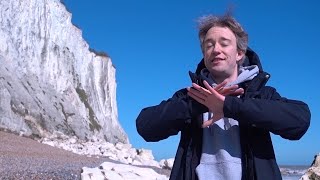 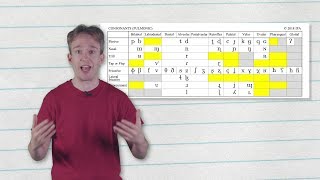 The Language Sounds That Could Exist, But Don't 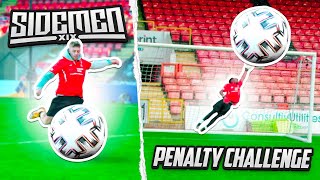 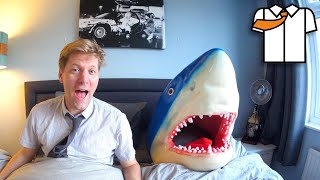 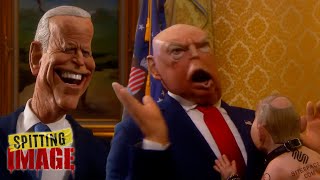 Walking The Most Dangerous Path In Britain

The Worst Typo I Ever Made

The Art of Code - Dylan Beattie

A Solid 20 Minutes of Useless Information

Why You Can Spot Bad Green Screen